Waking up a Ford Fuel Injected 5.0 with TorqStorm® boost 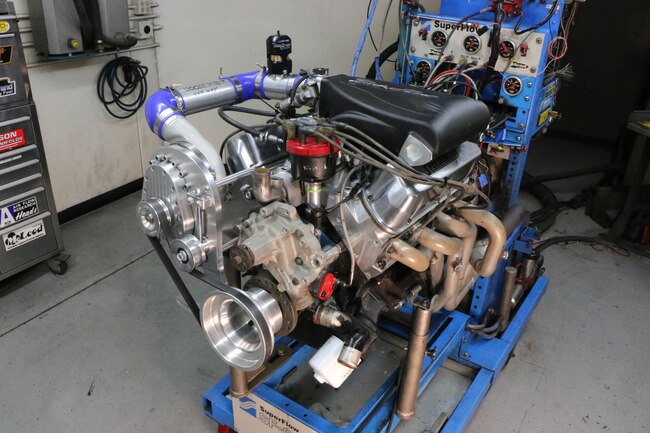 So, with new Ford Mustangs nearly doubling the original horsepower put out by the humble Fox based 5.0, how does one compete with that? Add boost my man! The guys over at Muscle Mustangs and Fast Fords set out to test that idea. They added a simple-to-install TorqStorm® supercharger to a warmed over FI 5.0 and flogged it on the dyno. Well, the results speak for themselves! Read on…

The current Coyote has a lot going for it, including one amazing 5.0L power plant. Equipped with four-valve heads, variable cam timing and a host of sophisticated electronics, it has proven more than capable of holding its own against the larger competitors from GM and Dodge. How good is the Coyote, you ask? Think about this. Despite sharing identical displacement, the modern Coyote offers an extra 210 horsepower compared to the original fuel injected 5.0L Ford (circa 1986-1995). Given that the original 5.0L only managed 225 horsepower, Ford engineers have managed to nearly double the power output of Ford’s first fuelie. The extra power bodes well for the current Coyote owners, but where does it leave original Fox fanatics? After all, that little 225hp 5.0L created not just a following, but an entire industry. This begs the question, is there still hope for the little 302 in age of the killer Coyote?…. Read more