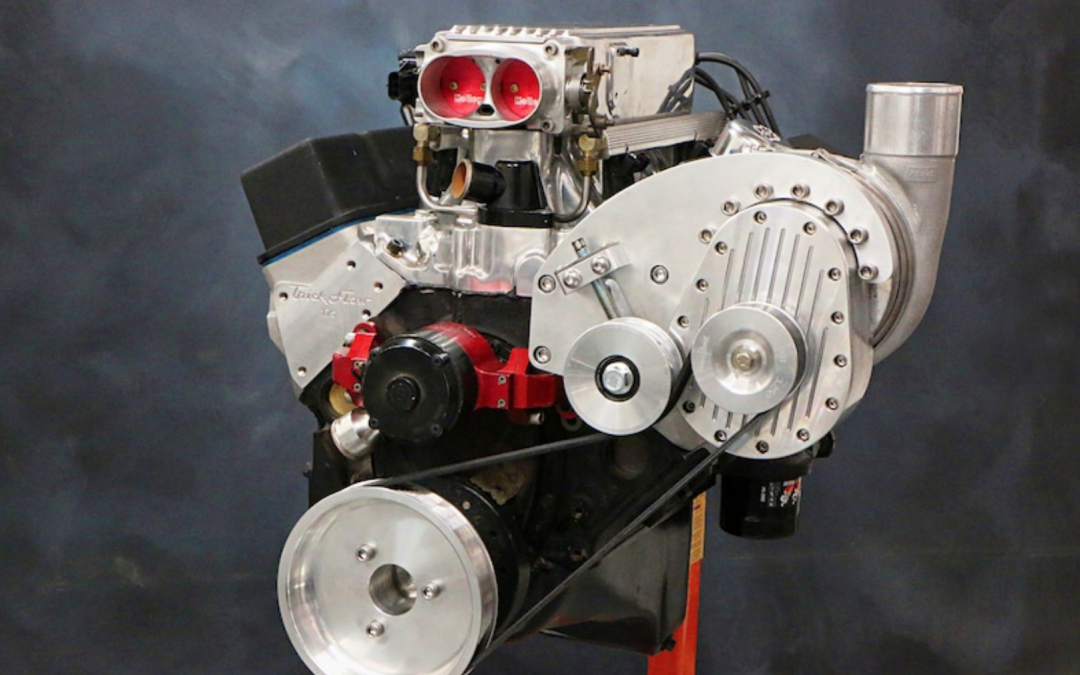 There is nothing more American than a slice of apple pie and a Small Block Chevy 305. But, as any red-blooded American hot rodder can attest to, why settle for a slice when you can have the whole pie! The power-loving gurus over at Chevy High Performance magazine wholeheartedly agree and set out to find out what happens when one mixes a venerable 305 and a TorqStorm® supercharger. Read on…

Old-timers who were around back during the original muscle car era will look back longingly on the engines that ruled the streets then: the 290hp 302, the 350hp 350, and the 375hp 327. Those of us cutting our performance teeth at the start of the second muscle car era will look back at a decidedly different set of muscle motors. To combat the Ford H.O. 302 in the Mustang, GM introduced a powerful 5.0L of its own. First available in L69 carbureted form, GM soon introduced the LB9 TPI 305 with Tuned Port Injection. Sure, they offered the L98 350 in the Corvette (and Camaro with an automatic), but the stick shift LB9 was the hot setup in an F-body back in the day. Despite an epic battle with the Blue Oval boys, the 305 never gained the respect it deserved. Lest we forget, the LB9 305 (or any 305 for that matter) is still a small-block Chevy, and that is one heck of a starting point… Read more