TorqStorm and a DIY blow-through carburetor on the daily commute. 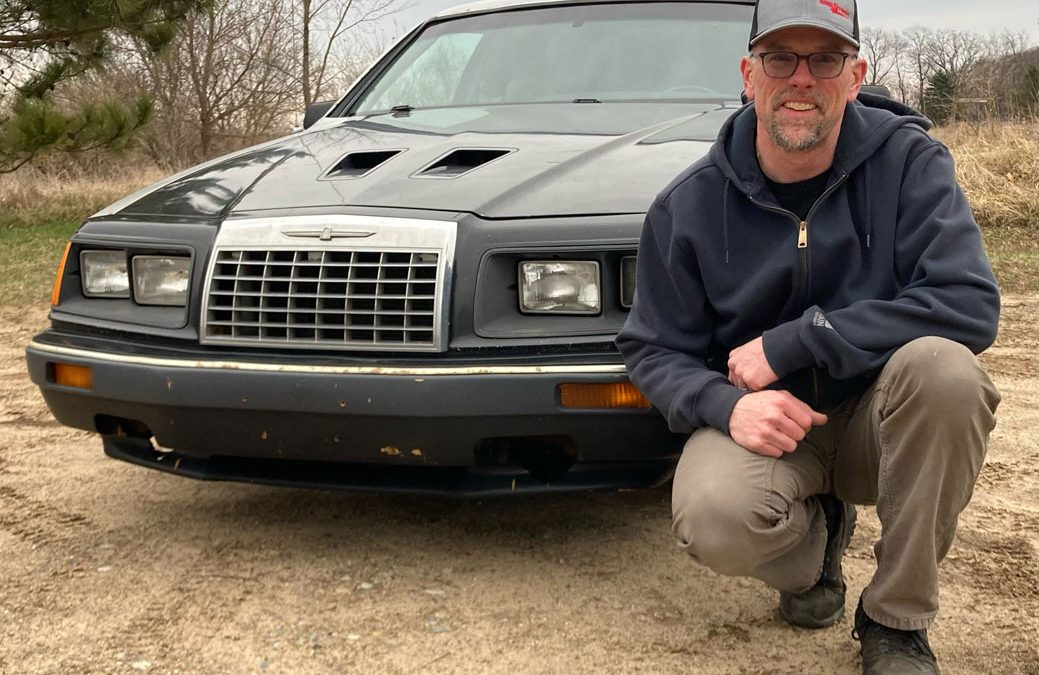 and the tech tips to make it happen.

Supercharging retains the same fascination and eager expectancy it did when it first entered my life decades ago.

Though EFI is an obvious choice for fueling a newly boosted combo, let’s reserve that adventure for another day.  As the owner of many carburetor-equipped cars, I’m no stranger to the foibles of this old tech fueling system; I’ve also acquired an adequate understanding of the tuning essentials.  However, this was my first encounter with a boosted-carb combination and I’d like to share some unexpected findings.

The TorqStorm supercharger is capable of developing 700-plus horsepower which would be fantastic for the daily commute, but the goal here is less lofty: a bone-stock 1988 Fox-body daily driven that’s proved reliable transportation for the last 200,000 miles.  It’s an EFI 5.0, sadly not an H.O. and produces around 200 horsepower and runs 84 mph in the quarter mile with stock exhaust manifolds.  I did install a T-5, though, and an 8.8 with 3.08 gears.  Choices are many when considering a blow-through four-barrel carb, but most are devised for those who desire greater horsepower, and a 600cfm unit was the smallest I could find.  In the interest of better fuel economy, I favored a vacuum-advance port and opted for a QuickFuel HR 450.  It features the standard blow-through mods: choke horn removed, power valve blow-out protector removed, choke-rod hole epoxied, solid floats, and jet sizes increased.  QuickFuel’s HR series carburetors have replaceable jets in the power valve channel restrictors, so it’s easy to increase their sizes too.

Next, attention was turned to a Weiand dual-plane intake manifold, MSD 6BTM ignition box, boost-referenced fuel pressure regulator, Ford distributor, boost/vacuum gauge, and a check valve in the big vacuum line leading to the car accessories to deter boost.  Lastly, I highly recommend a wide-band oxygen sensor and an air-fuel ratio gauge. No supercharger yet; instead it was time for a test drive to ensure everything is working as expected.  The news was pleasing—just a little rich, the effects of bigger jet sizes.  Now, the TorqStorm appears and with it the anticipation of its dominant feature: boost.

After a few idling adjustments, it was time for the REAL test drive.  I was excited!  Light throttle seemed fine, cruising speed a little rich, but full throttle… lean.  As in: ‘get off the gas or you’ll be walking to work tomorrow’ kind of lean.  Something’s awry.  I had modified the carburetor and pondered the problem.  It’s never as easy as they say.

I should have known better, for many years ago a friend’s blow-through combo had demonstrated similar symptoms while running a different kind of carb hat, supercharger, and carburetor.

The solution lay within the vent tube extensions that bend toward the inlet of the carb hat so that the float bowls recognize the boost.

I hadn’t read anything about them leading up to this project, so I assumed they were unnecessary.  Wrong.  After some quick fabrications, a set of very ugly vent tube extensions were in place.  They were crude, but worked like a charm: full throttle, 6 pounds of boost, and a big smile on my face.  A stock 5.0 never felt like this!  It sounded great and pulled strong, but the air-fuel ratios were rich in the high 9s.  It was time for some tuning and a better set of vent tube extensions.

Turning attention to the primary side, smaller jets were substituted (reverting to the original size) where cruising AFRs resided in the low-to-mid 14s.  However, a horribly lean misfire began to develop when transitioning from light-to-medium throttle.  It recovered at 2 or 3 inches of vacuum.  We’ll skip the failed tuning attempts and go directly to the cause of the impediment:  boost in the float bowl held the power valve closed past the 6.5 inches of vacuum where it would normally open and correct the lean AFR.  A more detailed explanation may be in order.

When cruising at 2000rpm, the engine generates vacuum and the supercharger pushes air, most of which escapes through the blow-off valve, but there is still some boost in the carb hat.  That boost is also inside the float bowls pushing on the fuel, which pushes on the spring side of the power valve, helping to hold it closed.  One psi of boost converts to about 2 inches of vacuum, so a 6.5 power valve becomes a 4.5.  When cruising at 2500rpm, if there’s 2psi in the hat, the power valve won’t open until 2.5, and until it opens the throttle transition becomes a lean misfire mess.

At this point, the tuning got a lot easier.  A 10.5 power valve works well in this high-vacuum stock engine combo.  With the secondaries disconnected, the power valve channel restrictors were leaned out, nearly back to stock size.  And then the secondary jet size was altered to encourage the AFRs into the low 11s at full throttle.  That’s still a little rich, but safer than a little lean. So how does it perform?  There’s been no dyno session yet, but it now runs 100mph in the 1/4 mile, a major improvement from 84.  With a 3.5in pulley, it generates 6psi of boost at a 4800rpm shift point.  The MSD box is set to retard just over 2 degrees of timing per pound of boost, reducing from 36 to 23 at 6psi.  No engine problems or head gasket issues encountered.  Gas mileage has dropped from a stock EFI average of 20mpg to 16.5 mpg with the carb and the supercharger.  This would improve if I quit smashing the gas pedal so needlessly just to hear the TorqStorm sing.  It gets a five-star rating for the fun factor!

Now for the tech tips to get your project running:

-Start rich and proceed sensibly during the first few tests.  A margin of safety is prudent till you’re certain things are working correctly.

-Also start with the MSD box set to max retard at 3-plus degrees per pound of boost.  It’s easy to add more timing later.

-If you make vent tube extensions, make them properly the first time.  Changing the diameter, bend, or height will alter the carburetor’s response.  I recommend centering them in the carb hat inlet if possible.  Extend them into the air inlet. -To the distributor’s vacuum advance hose, add a tee with one end leading to the distributor, the other to a check valve.  The check valve should be closed under vacuum and open when boosted, like a blow-off valve.  One small check valve was insufficient for my combination; the distributor was receiving 3psi of boost.  Now equipped with a big brake booster check valve, it exhibits almost zero boost.

-The vacuum line to the boost-referenced fuel pressure regulator should be plumbed to the carb hat.  This activates fuel pressure as boost increases.

You may have noticed the electric choke housing on the carburetor, as it has electric high idle.  By necessity, this is a daily driver and winter is no joke in Michigan.  Stay tuned for the remainder of the cold weather story…