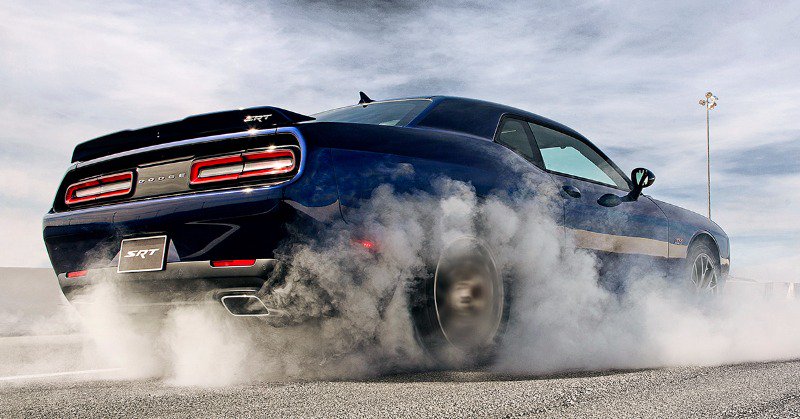 The road to making your engine more powerful can take different paths. Regardless of which route you take; it comes down to a few essential elements of physics. An engine is not much more than an air pump. Increase the amount of air going to the cylinders with the proper amount of fuel, and you have achieved your goal.

That is the macro. We must also examine the quest’s microelements to turn your engine from Dr. Jekyll to Mr. Hyde.

The two foundational theories for a bump in horsepower are letting the cylinders do a better job filling (naturally aspirated, abbreviated NA) or with a power adder (PA).

Addressing the latter, a PA is qualified as any artificial means to move more air into the engine. This falls under 2.5 categories. You may ask how there can be a 0.5 category? Let me explain.

A supercharger or turbocharger are the first two since they both move air, which is defined as oxygen mixed with other trace elements.

These two chargers differ in operation. Whereas a supercharger is driven from the crankshaft and offers instantaneous airflow to the cylinders, a turbocharger is operated via the exhaust gas flow and thus, is not as responsive, let alone much more complicated to install than a TorqStorm supercharger.

Now to the mysterious 0.5 category.

That is nitrous oxide. I consider it half of a category since it only delivers oxygen (not air) to the cylinders, requiring more fuel for it to be taken advantage of.

In addition, it is only effective when the bottle is full and at the proper pressure. Nitrous can be considered the Tesla of power adders… effective until it is depleted. In addition, its power gain is not stable, just like the performance of an electric vehicle. You can consider the nitrous bottle a battery. As it begins to empty, the amount of power added drops off in lockstep. It is suitable for a short burst, but if you play on the street, don’t pick two challenges back-to-back against a TorqStorm-equipped engine.

Increased power on a NA engine is based on improving airflow into the cylinders. Less restrictive intake components can improve airflow, such as the cylinder head, intake manifold, carburetor, or throttle body (EFI).

If the valves in the cylinder head are considered the doors into and out of the cylinder bore (what goes in must come out), then the camshaft is the doorman. It controls when the valves open and close in relationship to the crankshaft, how long they are opened, and how much they open.

The camshaft, in many ways, is akin to the conductor of an orchestra. It brings all the instruments together but does not play any of them.

An orchestra without a conductor makes noise and not music. Likewise, an engine with the wrong camshaft for a supercharged application converts gasoline into noise, not horsepower.

As with everything in life, having a game plan with the desired goal and how it will be achieved is the most productive way to increase engine power.

I want to establish that a TorqStorm supercharger is a highly engineered package that will gladly work efficiently with stock or modified engine, providing stellar performance.

The issue arises when an engine is modified to increase its power normally aspirated, and the decision is made to up the ante with a supercharger. The most significant offender is the camshaft profile.

Regardless of the engine, a stock camshaft grind welcomes a TorqStorm supercharger. However, if the bump stick was changed to one that works well, NA, it would be very ineffective once a supercharger is added. Let me explain why.

A camshaft grind is a polynomial curve that controls the action of opening and closing the valves along with other criteria, such as overlap. This term describes the time in crankshaft rotational degrees that the intake and exhaust valves are simultaneously open.

The goal of the camshaft is to take advantage of the pumping action of the pistons to fill the cylinders with air. One of the design criteria that allows this is an increase in overlap. There are others, too, such as the intake centerline, jerk rate, and duration.

In NA form, the cylinder is filled via the pressure differential of the atmosphere in contrast to the low-pressure region in the cylinder created by the movement of the piston. Therefore, the faster the piston moves (higher crankshaft rpm), the greater the differential and the engine power increases.

Though camshaft design is a very complex science that considers many aspects of the engine, it can be broken down into this simple statement.

An increase in valve overlap (measured in crankshaft rotational degrees) improves cylinder fill at higher piston speeds but at the expense of low rpm performance. That is why when a performance camshaft for an NA application is installed, the engine requires the help of a higher stall speed torque converter (looser) and higher numerical differential gearing. You put it all together, and it works great on the drag strip, but these changes impact how the engine drives on the street and highway.

This is because piston velocity is required to move the air, and keeping both valves open longer in crankshaft rotational degrees, evokes a siphon effect. The result is a more powerful but peaky engine. There is a loss of power from the stock camshaft at low engine speeds, then depending on the grind, around 3,000 rpm or so, it catches up to the stock design. From that point on, the engine power from the camshaft goes up substantially.

Unless you have a dedicated drag race car, this type of engine is considered, for the most part, undesirable.

The best performing engines have more area under the dyno curve. As a result, they may produce fewer ponies at peak power but are more potent at every other operating state. That is the beauty of a TorqStorm supercharger. It substantially improves engine power from right off idle to the redline at every rpm.

An enthusiast modifies their engine in stages. with it culminating with a more aggressive camshaft and the ancillary components to make it work. They are delighted with the results but get used to the power. In their mind, the next step is to add a supercharger. They make the investment, and on the first test ride, they see little to no boost pressure, and the car seems softer off the line and at low speeds. They now order a smaller pulley to turn the blower faster, which helps some. The engine is undeniably more powerful at very high rpm but not at lower speeds. Frustrated, they blame the supercharger when they should be pointing their finger at the camshaft.

Once a TorqStorm supercharger is bolted on, the engine transitions from natural aspiration (breathing) to forced induction. Since the supercharger is mechanically linked to the crankshaft, it blows air into the induction track as soon as the engine starts, albeit at a low rate.

The dynamics of the piston creating a low-pressure region in the bore is still valid but no longer solely responsible for filling the cylinder.

Now that the engine is breathing under forced induction, the NA performance camshaft design elements are entirely wrong. It would be like using a drag race slick on a road racecourse. But, hey, they are both race tires, so what difference does it make?

The same thought process occurs when adding a TorqStorm supercharger to an engine modified to help fill the cylinders via Mother Nature.

With the increased overlap of a NA performance cam, the supercharger is still making the boost it is designed to produce, but it is being blown out of the exhaust valve. It would be like putting the A/C on in a room with open windows. The discharge temperature from the vents is cold, but the room is hot.

The valve events need to be timed to capture all of the air the supercharger is sending to the cylinders and not let it escape out the tailpipe.

There is also another dynamic that needs to be realized. When a TorqStorm supercharger is added to any engine, the area under the horsepower curve is expanded at all speeds.

That is why NHRA Top Fuel Dragsters and Funny Cars are supercharged. There are power gains from right off idle to maximum rpm.

In a drag race, if a turbo or nitrous car can’t get ahead of the supercharged car by the 330-foot mark, they will never catch them.

Making it all work together

Now I will make this all simple.

Suppose you modify your engine with an excellent cam grind for an NA application. In that case, it will not work well with a supercharger. However, the supercharger will work great if the engine’s camshaft is stock.

Simply talk to the camshaft company of your choice and tell them that you are adding a TorqStorm supercharger to your engine. They will provide a blower-designed camshaft that will work superbly. Think of the supercharger and the camshaft on a modified engine like bacon and eggs.

If you have installed a loose torque converter, switch it to one that is tighter. The TorqStorm supercharger will provide such a power boost at low engine speeds that you do not want the converter slipping to 3,000 rpm as with an NA application and wasting all of the newfound cylinder fill.

I want to establish that I am not implying going back to a stock camshaft and torque converter. Instead, a grind designed to capture the cylinder pressure that the TorqStorm will create, and a torque converter that will transfer it to the rear tires.

When I had my engine shop, the majority of people that came to me that added a supercharger had the wrong camshaft because it was an engine that evolved over time. Every one of them was disappointed with the blower. Once they had the proper cam, they could not believe what the supercharger did for the engine’s output.

Here is an extreme example. At my local track, a gorgeous third-generation Firebird ran 11.00s with a nicely modified NA 350 Chevy. The car did nothing wrong. The owner then added a big roots-style blower to the engine. The car went from 11.00 seconds to 14.00 seconds. He changed everything but the camshaft. Then he put a blower-friendly grind in the engine without changing anything else… the following weekend, the car went 8.90.

The doorman is the key! Enough said.